The actual business idea was born in the late 1940s. Hifab’s founder Bror Hultström came out of an event to end up in the middle of a major building project that had major problems. He was tasked with guiding the project and guarding the client’s interests. Brother could do a lot about building management but obviously needed to know more. That’s why he started to acquire the necessary knowledge by consulting with qualified players in the construction industry. 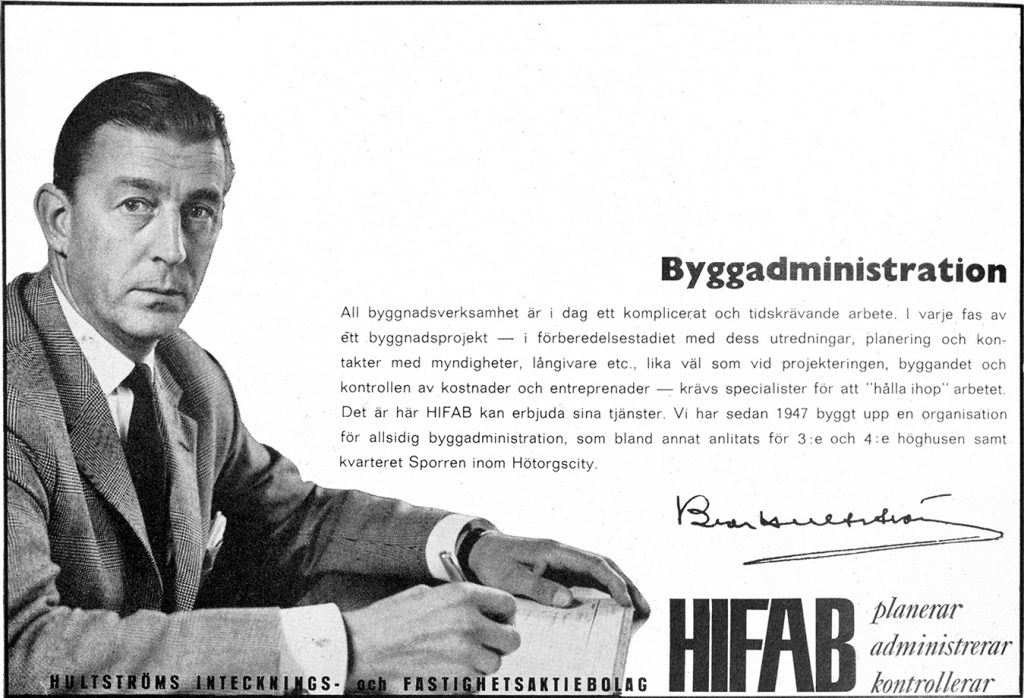 Bror did not find any advisor who was completely independent and only looked to the builder’s best. In other words, the giant construction industry lacked a knowledgeable counterpart who could act as an agent for the client’s requirements and wishes. In 1947 he started Hifab, which became the country’s first independent construction project manager and construction contractor. Just the independence was the key to the successes that would come. In the role of representative, Hifab was completely independent from planners, contractors and suppliers, and was able to recommend the most advantageous arrangement for the client. And within each project objectively procure and manage the available resources.

Independence was the key to the successes that would come later and independence remains an important pillar of Hifab’s business.